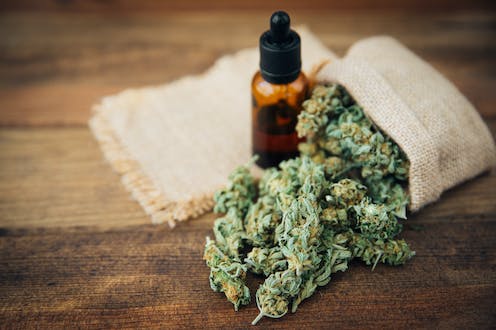 The recent approval of two domestically produced[1] cannabidiol (CBD) oil products – non-intoxicating cannabis compounds – may have provided new optimism to patients on cannabis prescriptions. Slow progress with product approvals had meant some patients had feared[2] they would need to turn to the black market.

Yet these new approvals are hardly consolation for the majority of people who continue to self-medicate[3] with illegally sourced cannabis, including via “green fairies[4]”, personal networks, drug dealers or by growing their own.

Many of those are the very communities that advocated for the legalisation of medicinal cannabis in the first place, but which currently remain outside the tenuous legal system.

After years of anticipation and 18 months since the establishment of the Medicinal Cannabis Scheme (MCS[5]), many who use cannabis medically are still missing out.

Affordability and continued problems with accessing prescriptions are part of the problem. So too is the lack of clinical trials[6] to prove efficacy of cannabis in the treatment of many conditions.

But with the equity and fairness of the whole system in question, perhaps another approach is needed. Specifically, should we start thinking about medicinal cannabis in terms of an alternative therapy rather than as a pharmaceutical medicine?

It has been four years since the government announced[7] its “commitment to make medicinal cannabis more available”, and nearly three years since an amendment[8] to the Misuse of Drugs Act enabled the Ministry of Health to develop regulations for the MCS.

The regime was opened for product applications in April 2020, with local industry working on certification and product development. Extensions to the “transitional period” were passed to continue sale of products imported from overseas. But this ended abruptly on October 1, leaving just four Canadian products approved under the MCS available from New Zealand pharmacies.

Domestic producers blamed[9] the slow progress on regulatory thresholds nearly as tough as for pharmaceutical products. In response, the health minister blamed the industry[10] for not working hard enough to meet those standards.

In the meantime, patients and prescribing doctors are left with few legal products to choose from.

Five percent[11] of New Zealanders use cannabis for broadly defined medicinal uses, with pain, sleep and anxiety the leading conditions. But scientific and clinical trial evidence for the effectiveness of cannabis for these conditions remains limited.

For decades, prohibition under international drug treaties has stalled research into the potential medical properties of cannabis. But while more clinical trials are needed, the safety profile of medicinal cannabis – particularly the non-intoxicating CBD products – is good and well tolerated[12].

Read more: CBD, marijuana and hemp: What is the difference among these cannabis products, and which are legal?[13]

This is unlikely to change until gold-standard, double-blind, placebo-controlled trials demonstrate the efficacy of cannabis-based products for specific health conditions.

The stigma and reputational risk of discussing cannabis use with medical professionals also deter patients from requesting a prescription. Studies of medicinal cannabis users found patients conceal their cannabis use[17] to avoid moral judgments in the provider–patient relationship.

Read more: Cannabis products are being sold as sleep remedies – here's the evidence about their effectiveness[18]

Furthermore, not everyone benefits equally from the new medicinal cannabis prescription products. Our research[19] suggests the current system favours Pākehā and those on higher incomes.

In contrast, those on lower incomes, Māori and those who grew their own cannabis to use therapeutically were least likely to engage with the MCS.

This tends to reinforce perceptions that the new prescription regime is too restrictive, bureaucratic and expensive.

This is where reframing of the policy debate as one about alternative therapies could benefit both patients and the medical profession.

Much as we already do for a range of dietary supplements, the non-intoxicating cannadiol products could be easily made available[21] without the need for prescriptions and pharmacies. This is already happening[22] in jurisdictions in the US and EU.

By classifying medicinal cannabis as an alternative therapy there is potential for patients to be more forthcoming about their use with their GPs. Allowing patients to grow their own could also introduce more equity to the system.

Above all, this would recognise patients’ right to therapeutic self-determination and increased access, while freeing doctors from having to prescribe “medicines” that in many cases lack clinical trial evidence.