The Liberal National Party has referred some of its own fundraising activities to the Electoral Commission of Queensland (ECQ).

As the ABC reported[1] on Tuesday, this implicates its own parliamentary leader, Deb Frecklington.

Why would a party administration raise concerns with the electoral authorities? The timing of these revelations — in the midst of a tight election campaign[2] — is a problem in itself.

To understand the law behind this, we need to think about two things. The first is the strict rules[3] against electoral donations by property developers. The second is the investigatory power and processes that can be brought to bear.

Yet in many ways, the politics behind all this are at least as curious as any legal implications.

What is the story?

Frecklington, for her part, denies any wrongdoing[5]. And an LNP spokesperson[6] said

the ABC’s allegation that the LNP has referred Deb Frecklington to the ECQ is false. It has not. The LNP regularly communicates with the ECQ to ensure that we comply with the act.

Inquiries, to date, have not exposed evidence of forbidden developer money in the mix, just of developers attending small gatherings at which Frecklington was a guest and which were treated by others as political fundraisers.

There is also an allegation that, behind the scenes, people may have considered trying to give money indirectly[7].

What is the ban on property developers?

Why would this be a problem?

Property developers are “prohibited donors[8]” in Queensland. There is a ban on registered political parties, candidates and electoral groups receiving donations (whether gifts of money, or unpaid-for-resources) from any company that makes property development applications, their directors or close associates.

Read more: Remember Quexit? 5 reasons you should not take your eyes off the Queensland election[9]

A developer who makes such a donation — directly or through a conduit — commits an offence, punishable by up to two years in jail. So too do party agents, if they solicit such donations. The party must disgorge twice the amount of the donation if they know the donor is prohibited.

Above all, if people connive to try to get around the ban on developer donations, each may be guilty of a serious crime, punishable by up to ten years in jail.

Why is there a ban?

In 2018, the Palaszczuk government introduced the ban on property developer donations. So these offences[10] are not long established in Queensland. Nor did they originate in the state. 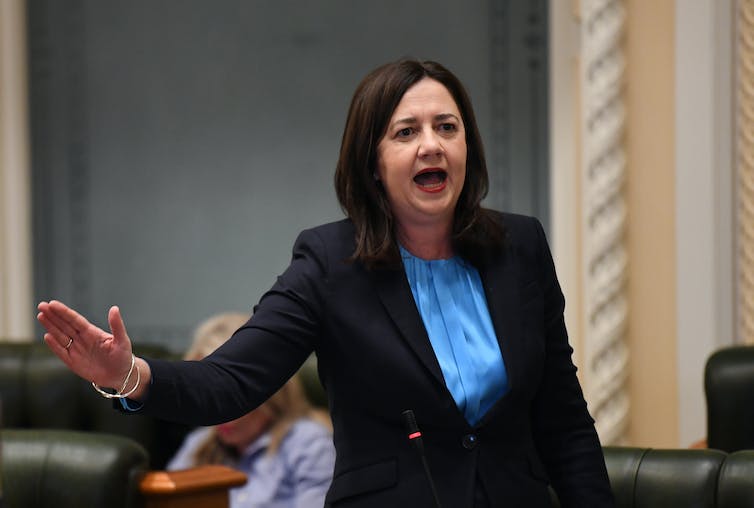 The Palaszczuk Government introduced a ban on donations from developers in 2018. Dan Peled/AAP

NSW has had such a ban on property developers donating since 2010. In 2014, an anti-corruption commission inquiry “Operation Spicer” brought down numerous state MPs[11] over donations from developers.

The High Court has upheld such bans twice[12]. It reasons[13] the bans are compatible with freedom of political communication. It also argues they are a rational anti-corruption measure and developers are still free to join parties and to campaign in their own name.

Above all, liberty needs to be tempered by an idea of fairness, which the High Court calls[14] the “equality of opportunity to participate politically”.

Read more: How big money influenced the 2019 federal election – and what we can do to fix the system[15]

The Queensland Crime and Corruption Commission[16] does not have a broad remit over electoral law. It may only lawfully investigate a matter if there is a suspicion of wrongdoing affecting public officials.

For its coercive powers, or public hearings, to be brought to bear, there has to be more than electoral donations at stake.

The Electoral Commission of Queensland, however, has wide new powers. These include entering premises with a warrant[17] and the ability to demand records and to obtain statements. That said, it cannot require someone to give a statement incriminating themselves.

Beyond the law, what is the politics behind all this?

The macro politics is simple. The LNP strongly opposes[18] bans on developer donations. They see them as illiberal and unfairly aimed at an industry that happens to be tight with the party and its ideology.

Queensland Labor and the Greens support the law, pointing to a 2017 Crime and Corruption Commission report[20] recommending such a ban for local government politics.

The Palaszczuk government extended that recommendation to all of state politics[21]. Its rationale was development projects and Crown land use are often matters of state policy, just as zoning issues and particular development applications are matters for local government.

What of the micro, or internal party, politics? Why would the administrative wing of a party refer its own messy linen to an electoral commission?

One explanation is due diligence. The LNP says the laws are complex[22] and it relies on the commission for advice. Another aspect is parties have two sides to them, which generate different ethical pressures. 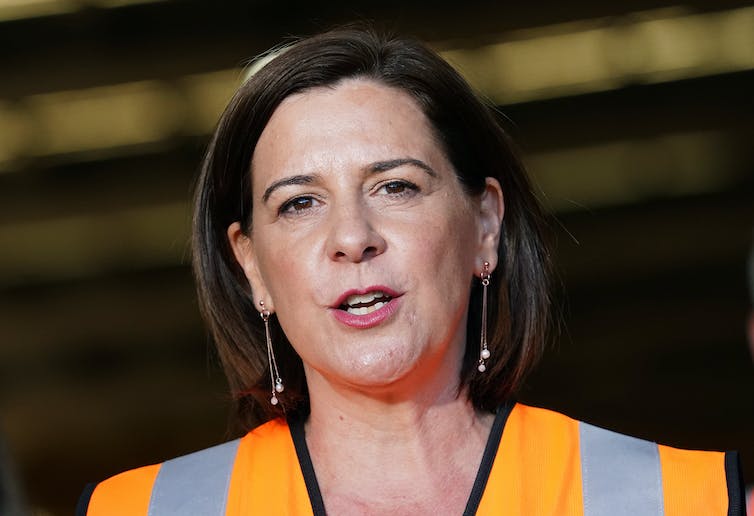 Queensland opposition leader Deb Frecklington has been in the job since 2017. Dave Hunt/AAP

Current politicians want to build networks of support and to win the next election. Party machines have a longer-term view and concern for their own reputation.

In this case, the ABC reports[23] the LNP’s administrative wing advised its MPs and leaders to avoid property developers including at “private” events. Frecklington either missed the memo, or didn’t care for that advice.

Shadowing all this is a history of tension between the LNP’s parliamentary leadership and its machine. Earlier this year, this erupted through public fissures[24], burning the administrative wing.

The conflict has been massaged and suppressed, in the lead up to the election. But as we have seen this week, it has not been fully resolved.