A case study in the manufacture of fake news is playing out right now in Melbourne.

Victoria’s shadow treasurer, Louise Staley, is putting about suggestive questions[1] hinting darkly at a cover-up of how Victorian Premier Daniel Andrews injured his back three months ago.

She has not produced a shred of evidence to support this suggestion, yet the exercise has gained substantial traction in the media. All the main news outlets have had to pay attention to it.

It is the kind of political chicanery that confronts responsible media with a dilemma: how to hold a public official to account without oxygenating the conspiracy theory in which she is trading.

In this case, the fake-news manufacturing process has worked like this.

A public official puts on the public record some questions that look innocuous but will be associated in some minds with a scurrilous conspiracy theory circulating on social media.

Because it is a public official putting this on the public record, it is then picked up by a journalist.

The journalist in turn asks a question about it at a press conference. In this case, the question was put to Acting Premier James Merlino on June 8.

It necessarily generates a response from Merlino[2] and that adds a further ingredient of apparent legitimacy to the mix.

Ambulance Victoria feels it necessary to issue a statement reiterating the exact circumstances in which an ambulance was called to take Andrews to hospital.

Then the Chief Commissioner of Police, Shane Patton, feels obliged to put out a statement confirming police did not attend the scene.

All this adds to the false impression there is some real news here.

But it doesn’t make the originating material true.

The originating material remains fake, but now the conspiracy theory has accumulated many of the attributes of a real story.

However, responsible media recognise what the real story is.

The real story is the attempt by a senior state Liberal MP to manufacture fake news – so they tell this story without oxygenating the content of the fake news itself. 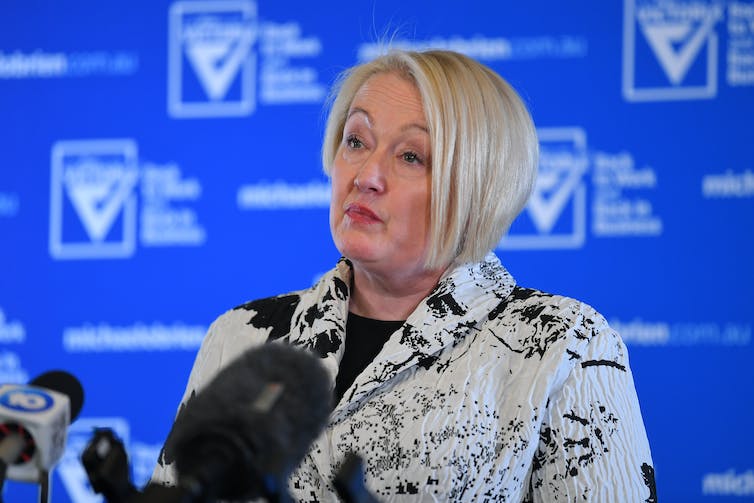 They have reported Staley’s raising of the conspiracy theory and her formulation of a series of questions to the government, while at the same time quoting condemnation of her antics by Merlino and others in the state government.

Even Sky News, notorious for its anti-Labor politics, has been circumspect. It has contented itself with references to a “torrent” of “amazing rumours” before retreating to safer and more familiar ground by describing Andrews as a Soviet-style paramount leader.

It reflects well on the Australian media – perhaps reinforced in their caution by the oppressiveness of Australia’s defamation laws – that they have handled this nasty outbreak of fakery with decency, accuracy and fairness.

The result is that, in this case, the manufacturing process has been cut off at the point of distribution.

For the record, Andrews slipped on wet stairs at a holiday house in Sorrento on the Mornington Peninsula on March 9, sustaining several broken ribs and a fractured vertebra. He is expected to return to work some time this month.