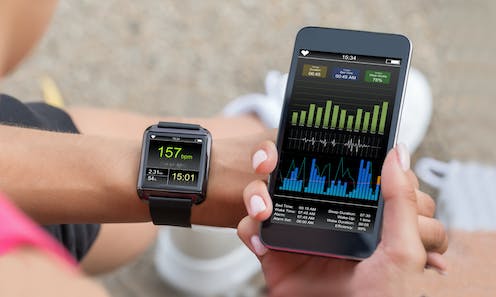 How much cash would you need to be paid to agree to live without a smartphone for a year?

If you are like the typical American, the answer is US$10,000[1] – which is far, far more than what we are actually charged for having and using smartphones.

How much would you need to be paid to live without a computer?

According to the same research, just published by Stanford University’s Hoover Institution, a typical American would want US$25,000 to live computer-free for a year.

For the GPS system that lets us map where we are on all our devices, the answer is US$3,000; for streaming services such as Netflix the answer is another US$3,000.

The point of this study, by economist Tim Kane[2], is that if we add up the worth to us of everything the economy produces each year, we get much, much more than the gross domestic product – even though GDP is meant to be a summation of the prices paid each year.

Not a day goes by when we don’t get astounding value for money: on Kane’s estimate, about 20 times what we pay.

GDP monitors changes, not our lives

It’s a useful perspective to bear in mind ahead of the latest Australian gross domestic product figures, being released on Wednesday[3].

Those figures will show Australia spent less, earned less and produced less in the lockdown-affected September quarter months of July, August and September than in the three months before – about 3% less on private estimates.

It won’t be a “recession” because in Australia that’s generally taken to mean two consecutive quarters of those things going backwards. And we already know spending, earning and production all started climbing as soon as the lockdowns ended at the beginning of the quarter we are in now.

The GDP has the same relationship to life as a heart rate monitor has to health.

Behind the headline figure you hear about are actually three different measures.

GDP(P) is a measure of everything that’s produced in the quarter. The Bureau of Statistics has the unenviable job of adding up most things that are produced at market prices (and having a stab at trying to infer market prices where they are not apparent) in industries as diverse as mining, financial services and education.

It tries to count each thing only once, which is difficult because some things are used as inputs to others. Its work is made harder by relying partly on surveys and partly on complete sets of data from organisations such as the Tax Office.

Ask whether it uses guess work, you will be told it uses “informed judgement[4]”.

GDP(E) is a totalling of government and household expenditure to buy those products. After adjusting for imports and exports it ought to equal GDP(P), but imperfections in measurement mean it usually doesn’t.

Then there’s GDP(I), which is a measure of the income households and businesses get from working and selling those products. Again, it ought to equal the other two, but it usually doesn’t.

After trying to get the three measures nearer each other (perhaps there was something somebody missed) the technicians in the bureau simply average the three, producing GDP(A). That’s what goes up on the ABS website[6] at 11:30am AEDT Wednesday, followed by a Treasurer’s press conference and loads of analysis.

It needn’t indicate an underlying condition

A lot of the economy went to sleep during this year’s and last year’s lockdowns and is now waking up. The GDP will show that, but at least on Wednesday it won’t tell us more than that.

As it happens, economic growth has been weakening over time. Annual GDP growth is no longer the 3-4% it typically was between the early 1990s recession and the 2008 financial crisis. In the decade leading up to COVID it has been much lower, rarely touching 3%.

Put starkly, for little-understood reasons unrelated to quarterly fluctuations or COVID, we are getting better off more slowly than we were.

There are always people who say this doesn’t matter, we should be happy with what we had (and as I noted, much of what we’ve had isn’t counted in the GDP).

There is an underlying condition nonetheless

But it matters a good deal, because ever since economic growth took off in the 1870s we’ve grown used to things continually getting better, and have come to expect it.

US economic historian Brad Delong uses an 1980s science fiction book to illustrate how much we’ve come to regard improving living standards as a birthright.

In Looking Backward[8], Edward Bellamy purports to look back from the year 2000.

At one point a hostess asks if he would like to hear some music. Instead of playing the piano, she merely touched one or two screws and “immediately the room was filled with the music of a grand organ”, one of four she could dial up by landline.

It appeared to him that

if we could have devised an arrangement for providing everybody with music in their homes, perfect in quality, unlimited in quantity, suited to every mood, and beginning and ceasing at will, we should have considered the limit of human felicity already attained, and ceased to strive for further improvements.

He got it wrong.