The makers of Coon cheese will no doubt have paid close attention to the publicity surrounding Nestle’s rebadging of its Red Skins and Chicos confectionary brands.

While the change of Chicos to Cheekies was uncontroversial, the change of Red Skins to Red Ripper – a name given decades ago to Soviet serial killer Andrei Chikatilo – was widely mocked.

The perils of rebranding helps explain the length of deliberations by Canadian-owned Saputo Dairy Australia, which has controlled the Coon brand since 2015. It announced in July it would “retire” the name, in the wake of increasing activism about brand names considered to have racist connotations.

“We are working to develop a new brand name that will honour the brand-affinity felt by our valued consumers while aligning with current attitudes and perspectives,” it said at the time[1].

Saputo reaffirmed[2] this month it would change the name, but was still “working on the new brand development and look forward to revealing it to our customers and consumers once completed”.

That change can’t come soon enough for Indigenous activist Stephen Hagan, who has lobbied for Coon’s retirement from the Australian market for more than two decades[3].

But the Nestle experience explains why the Coon deliberations are taking so long.

A well-known brand identity is hugely valuable in the food market. It’s how shoppers find and choose things in supermarkets that stock as many as 40,000 more products[4] than they did 50 years ago. Re-establishing a brand, with a new identity, is expensive and risks losing market share. 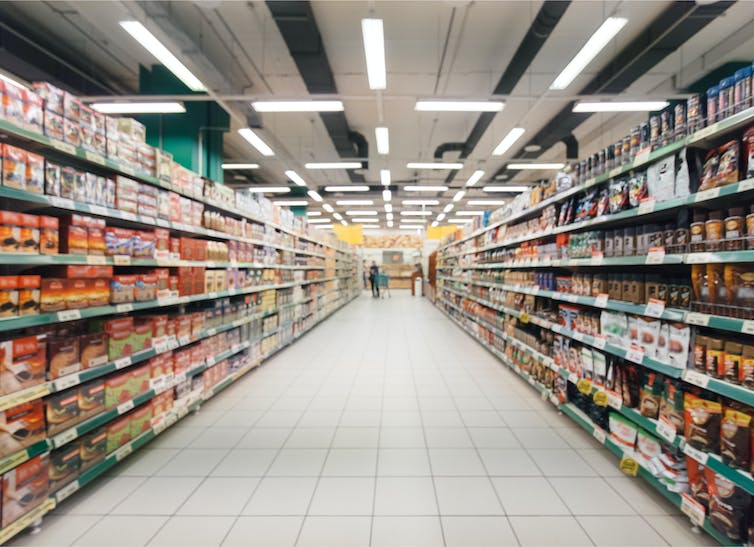 The average supermarket now has 40,000 more products than 50 years ago.

How Coon cheese got its name

Previous owners of the Coon brand, Kraft and Dairy Farmers, resisted demands for a name change on the grounds the association with an American racial slur for African Americans was mere coincidence, with the cheese being named after its American creator Edward William Coon, who patented his method[5] for making it – known as “Cooning” – in the 1926.

Australian dairy manufacturers began making cheese using Coon’s methods in the mid-1930s. In keeping with a common branding strategy at the time, the cheese was marketed using the name of its creator.

It is not known if that decision was made with knowledge the word had by then been in use in the US as a derogatory term[6] for African Americans for a century.

In any event, the brand lived on in the Australian market. Coon is now the leading brand in the hard/cheddar cheese category, with a 9% market share[7] (followed by Bega with 7.7%).

That share has been built over decades. Research shows strong brand loyalty in the cheese market, particularly for cheddar and sliced cheese[8]. Coon’s owners will therefore be carefully weighing how to rebrand Coon to minimise the risk of shoppers failing to recognise it by another name and opting for another well-known brand.

Brands on the run

Given all this, it is reasonable to assume the retirement of Coon is being done under some duress.

But social media, woke activism and the internationalisation of the Black Lives Matter movement has changed the landscape, putting pressure on companies to retire all brand names associated with historic racial stereotypes.

Read more: Brands backing Black Lives Matter: it might be a marketing ploy, but it also shows leadership[9]

The biggest brand to fall is the “Aunt Jemima” brand of pancake mixes, syrups and breakfast foods. In June, Quaker Foods North America (owned by PepsiCo) announced it would finally retire[10] in use since 1889 and named after a character from 19th century minstrel shows. 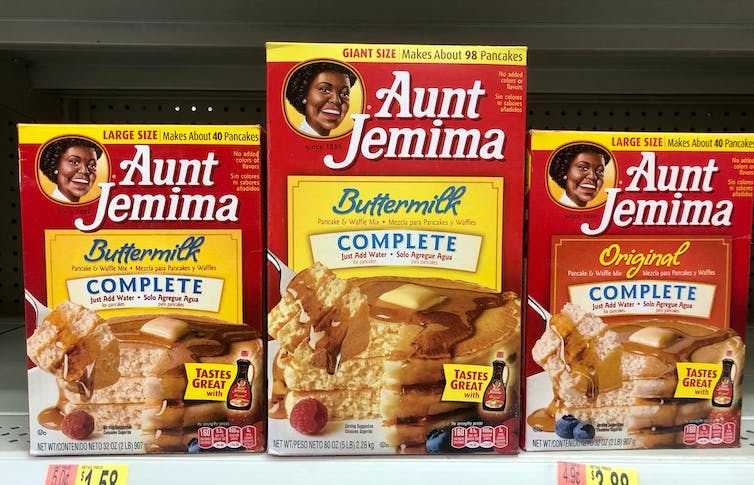 Like Coon’s owners, Aunt Jemima’s owners are still deliberating on how to rebrand.

Should it, for example, attempt to replace the Aunt Jemima visual identity with another character (or characters) better representing people of colour? Or will it simply “deracialise” the brand. After all, while removing stereotypical black faces from brands achieves one objective of the Black Lives Matter movement, removing all black faces isn’t necessarily a step forward in promoting diversity.

But that would be an extremely difficult feat to pull off.

It’s more likely Quaker Foods will emulate the approach taken by US multinational Mars, which in September announced the end of Uncle Ben’s, a rice brand launched in 1946 named after an African American rice farmer whose logo features a bow-tied “Chicago chef and waiter named Frank Brown”. Mars has opted to rebadge as “Ben’s Original” and drop the face.

The gravity of the deliberation over Aunt Jemima’s is exemplified by the sales boost for a competitor in the syrup market, Michele Foods, founded by African American woman Michele Hoskins. She told Forbes[12] that July sales of her company’s syrups – based on a recipe handed down to her from her great great grandmother, America Washington, a freed slave – were 78% higher than the year before.

The Michele’s brand features Hoskins herself on the label. But as she told Forbes: “People want authentic products.”

Read more: Where 'woke' came from and why marketers should think twice before jumping on the social activism bandwagon[13]

Whatever Saputo decides is the next name for Coon, its intention will be to quell criticism without dramatically changing brand identity.

It will seek to do what Nestle clearly sought to do with renaming its Red Skins and Chicos[14] confectionery. It will want to change the name as little as possible and retain continuity with brand colours and styling. 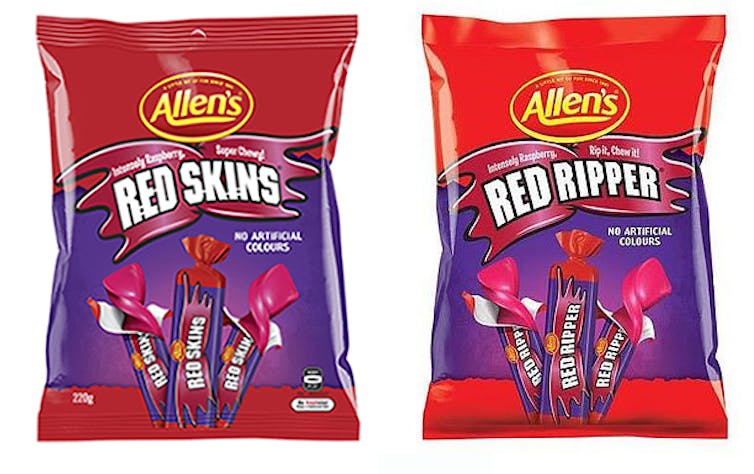 From Red Skins to Red Ripper: little else in the brand identity has changed. The Conversation

Note the new branding for Red Rippers looks almost identical to Red Skins (and the same with Chicos to Cheekies). So long as supermarkets stock these products in the same place on the shelves, customer confusion should be minimised.