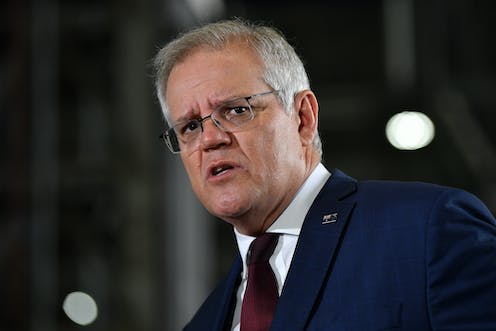 50% (up one) were dissatisfied with Prime Minister Scott Morrison’s performance, and 46% (down two) were satisfied, for a net approval of -4, down three points. Anthony Albanese’s net approval improved one point to -9. Morrison led Albanese as better PM by 48-34 (47-34 last time). Newspoll figures are from The Poll Bludger[1].

Newspoll is the poll the media obsess about most, but it is not necessarily right. In the Essential poll taken two weeks ago (see below), Morrison’s net approval surged eight points to +17, and in Morgan Labor’s lead declined one point to 53-47.

I expect more polls this week from Resolve, Essential and Morgan. In August and September, Resolve[2] had the Coalition in a far better position than Newspoll.

With Sydney and Melbourne reopening from their long COVID lockdowns, the Coalition was expected to gain in Newspoll. If Newspoll is right, a plausible explanation is inflation and supply chain delays.

US President Joe Biden’s ratings have been affected by inflation (see my Poll Bludger article cited below). US real disposable personal income has fallen in four of five months from April to August.

Australia’s ABS only releases inflation data once a quarter (once a month in the US). Inflation data for the September quarter will be released this Wednesday.

Official government data[5] show 73.1% of 16+ are fully vaccinated and 86.6% have received at least one dose. Vaccine uptake has been slower in states that currently have zero COVID cases.

From 2016 until 2020, the “not doing enough” position had over 50% support, but in January this year and again now, “doing enough” and “doing too much” combined have had more support. Voters are far more concerned with COVID, and it’s been a long time since the 2019-20 summer bushfires.

59% (up three since June) said climate change was happening and was caused by human activity, while 30% (also up three) said we were just witnessing a normal fluctuation in the earth’s climate.

In Newspoll, 35% said Albanese and Labor would be better at “leading Australia’s response to the global climate change crisis”, 28% selected Morrison and the Coalition and 21% said they would be equal.

Other Essential questions and Morgan poll

By 78-11, voters supported a federal ICAC (81-6 in November 2020). There has been a drop in trust in institutions since March, with state and territory governments down 11 to 55% trust and the federal government down six to 48%.

Seat polls in Australia have been inaccurate, but this 10% swing to Labor is in agreement with WA state breakdowns from national polls. In the September quarter, Newspoll gave Labor[10] a 54-46 lead in WA (55.6-44.4 to Coalition in 2019[11]). Approval of continued measures by the WA state Labor government to keep COVID out is likely assisting federal Labor.

The good news for the government is that with Sydney and Melbourne reopening, the economy is likely to recover quickly, and the employment situation could rebound to where it was in June, before the lockdowns. In June, the employment population ratio was 63.0%, the highest for at least the last ten years.

Read more: Labor gains clear Newspoll lead during Sydney lockdown, but will the economy save the Coalition?[14]

I wrote for The Poll Bludger[15] on October 14 that Biden’s ratings have not recovered from the drop suffered after the Afghanistan withdrawal, two months ago. In the FiveThirtyEight aggregate[16], his ratings are currently 50.7% disapprove, 43.4% approve (net -7.3).

Also covered: US state elections and two federal House byelections that will be held November 2 (results the next day in Australia). And Democrats’ struggles to pass their agenda.