In his submission[1] to the current Senate inquiry into media diversity in Australia, former prime minister Kevin Rudd warns that Rupert Murdoch’s Sky News Australia is following the template laid down by Murdoch’s Fox News in the United States to radicalise Australian politics. In a decade’s time, Rudd argues, we will see its full impact.

Given the destructive effect of Fox News on the functioning of American democracy, Rudd’s is an alarming prediction.

Whether it comes to pass, however, is another matter. Certainly there are several danger signs that it might, but there are also a few factors pointing the other way.

Read more: Can Fox News survive without Trump in the White House?[2]

There are three big danger signs.

One is the unconstrained peddling of extreme right-wing propaganda, lies, disinformation, crude distortion of fact and baseless assertions that occurs each night on Sky News.

Here is a brief sample: Rowan Dean’s and Alan Jones’s repeated ravings[3] about the “stolen” US election; Peta Credlin’s false claim[4] that Rudd’s petition for a Murdoch royal commission was an exercise in data-harvesting, for which she had to apologise as part of a confidential defamation settlement; Jones’s disinformation about mask-wearing[5]; James Morrow calling[6] the Trump impeachment trial a “sinister plot by Democrats against the American people”. 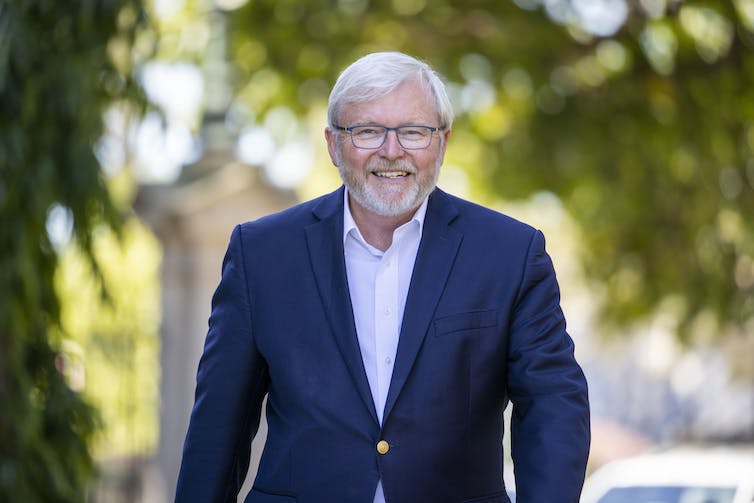 The second big danger sign is the way Sky News has been able to extend its reach from a niche pay-TV base to free-to-air television via 30 WIN regional stations across Australia, and then through social media to the world.

After seeing its audience grow in the first half of 2020, Sky’s pay-TV audience ended the year shrinking[7]. But being on free-to-air TV in regional Australia represents an opportunity for growth.

Data on current regional viewing levels are patchy and incomplete. However, prime-time viewing is reported to have grown[8] 36% in 2020, and is claimed to reach 2.9 million unique viewers.

Sky’s non-TV platform is social media. YouTube, owned by Google, is a very important social media outlet for Sky, and that is where the viewer data reported here come from.

Facebook is also an important outlet. When Facebook blacked out Australian news[9] on February 18, there were roughly 260,000 views of Sky’s announcement of its last appearance there.

If Facebook persists in its blackout, it will clearly damage Sky’s online reach.

The patterns of Sky News viewership on YouTube are revealing.

The big picture is that Sky’s Australian stories get tiny audiences, but stories about the United States get vastly bigger ones, suggesting Sky has developed a following in the US.

This tells us Sky is not only playing to a US as well as Australian audience, but is tailoring its programming in ways that have worked for Fox News. At the same time, it is siphoning into Australia the kind of content that has been so divisive in the US.

Fox News started in 1996. Pew Research Center data[15] show it straight-lined near the bottom of the cable ratings in the US for five years, took a jump at about the time of the September 11 attacks, another at the time of the Iraq war in 2003 and thereafter cleared away from its main cable news rivals, CNN and MSNBC. 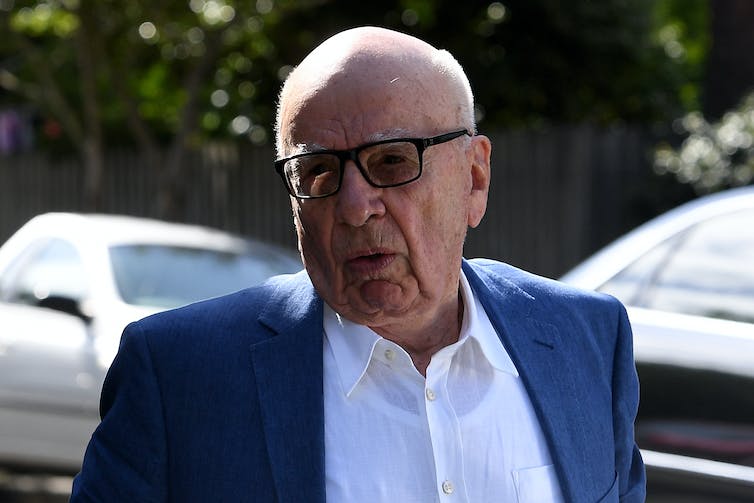 Until the end of the Trump presidency, Fox News was never headed – then after Trump lost, it took a dive. In February 2021, it suffered its worst ratings in 20 years, coming third behind CNN and MSNBC.

This symbiotic connection between an incumbent government and the Murdoch organisation brings us to the third big danger: the relationship between News Corporation in Australia and the Morrison government.

Morrison is not Trump. Yes, he swaggered around in a baseball cap during the 2019 election campaign and, yes, he talks in slogans and sound bites. However, the danger comes not from Morrison’s political persona but from the relationship he and his government have built with News Corporation.

On one reading, it has become a commercial relationship between the government as client and News Corporation as provider of publicity services for a fee.

No tender process, no publicly available information about the terms, no way of knowing how this public money is being spent. Then recent technical glitches[18] in the televising of W League matches prompted the Greens to ask the auditor-general to investigate.

Against these dangers are some mitigating factors.

One is that Australia’s compulsory voting system makes it very difficult for anyone to win an election with a primary vote that is not at least near the 40th percentile. A Trump-like “base” of 32% or so will not cut it here.

A second is that the religious right in Australia does not have the political clout it does in the US. Issues that excite the religious right, such as abortion, have been long settled here by the courts. The strong vote for marriage equality was another example of the broadly secular nature of our politics.

A third is that the Australian temperament is not, on the whole, excitable. While this means Australians are often excoriated as apathetic, it also means they are not easily outraged.

A fourth is that Australia’s conservatism is of a largely materialistic kind. Franking credits matter. It is also a conservatism that does not like extremism. Morrison seems at last to have realised that outside their Facebook echo chambers, the likes of Craig Kelly and George Christensen may be liabilities.

This pragmatic outlook among voters may prove to be a psychological bulwark against the firebrand reactionary politics promoted by Fox and Sky.

Having said that, there are plenty of emotion-charged issues that give Sky the opportunity to drive wedges into the Australian body politic: asylum-seekers, Muslims, Aboriginal recognition, African gangs, Asians, white supremacy, the pandemic and above all climate change. Sky is into them all.

If anything concrete is to be done to head off the threat seen by Rudd, it is going to involve public policy concerning media accountability, of which a fit-and-proper-person test for television licensees would be an essential part.

However, every attempt so far to exert meaningful accountability on the Australian media has come to nothing in the face of threats from the big media companies, including News Corporation.

Rudd and Malcolm Turnbull, as prime ministers, were in a position to do something about this. Instead, Rudd developed a friendship with the then editor-in-chief of The Australian[19], and Turnbull made changes to the media ownership[20] laws that empowered Murdoch even more.

It is futile to hope that the Morrison government, engaged as it is in a highly questionable relationship with News Corporation, will do anything about it. As for Labor leader Anthony Albanese, when asked about a Murdoch royal commission, he reached for the barge pole[21].

If this form of politics-as-usual persists, then Rudd’s prediction cannot be discounted.

Then the nation would be relying on those qualities of the Australian character already mentioned. The question will be whether it will be enough.