After three years of writing and two weeks of virtual negotiations to approve the final wording, the Sixth Assessment Report (AR6[1]) of the Intergovernmental Panel on Climate Change (IPCC[2]) confirms that changes are happening in Earth’s climate across every continent and every ocean.

My contribution was as one of 15 lead authors to a chapter about the oceans, the world’s icescapes and sea level change — and this is where we are now observing changes that have become irreversible over centuries, and even millennia.

Read more: This is the most sobering report card yet on climate change and Earth's future. Here’s what you need to know[3]

Overall, the world is now 1.09℃ warmer than it was during the period between 1850 and 1900. The assessment shows the ocean surface has warmed slightly less, by about 0.9℃ as a global average, than the land surface since 1850, but about two-thirds of the ocean warming has taken place during the last 50 years.

The world’s oceans are warming and acidifying. Shutterstock/Damsea

We concluded that it is virtually certain the heat content of the ocean will continue to increase for the rest of the current century, and will likely continue until at least 2300, even under low-emissions scenarios.

We also concluded that carbon dioxide emissions are the main driver of acidification in the open ocean and that this has been increasing faster than any time in at least 26,000 years.

We can also say with high confidence that oxygen levels have dropped in many ocean regions since the mid-20th century and that marine heatwaves have doubled in frequency since 1980, also becoming longer and more intense.

Past greenhouse gas emissions, since 1750, mean we are now committed to future ocean warming throughout this century. The rate of change depends on our future emissions, but the process itself is now irreversible on centennial to millennial time scales. 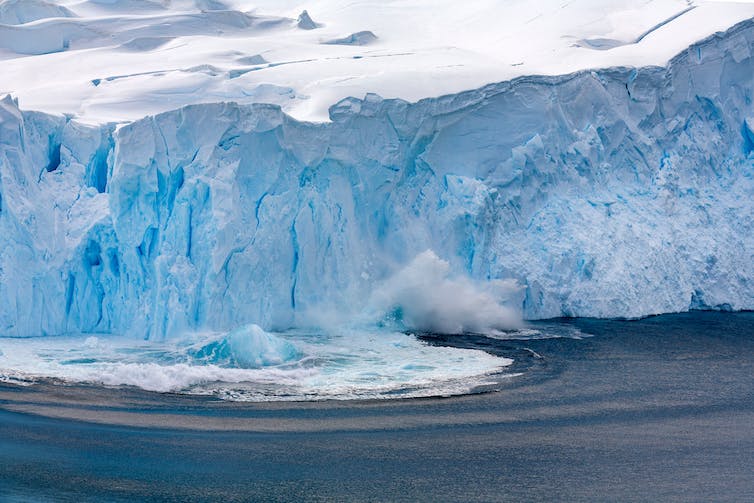 A warming ocean is melting ice from below in West Antarctica. Shutterstock/Steve Allen

All this heat is bad news for the area I work in: Antarctica. With a warming ocean, the Antarctic ice sheet is left vulnerable to melting because so much of it rests on bedrock below sea level.

As the ocean warms and the ice sheet melts, sea level goes up around the world. We have very high confidence that the ice lost from West Antarctica in recent decades has exceeded any gain in mass from snowfall. We are also confident this loss has largely been due to increased melting of ice below sea level, driven by warming ocean water.

This melting has allowed the acceleration and thinning of grounded ice further inland — and this is what contributes to sea level rise. On the other side of the world, the Greenland ice sheet has also been losing mass over recent decades, but in Greenland this is principally due to warmer air, rather than warming ocean water.

It is virtually certain that the melting of the two great ice sheets, in Greenland and Antarctica, as well as the many thousands of glaciers around the world, will continue to raise sea levels globally for the rest of the current century.

By 2100, we project global mean sea level to be between 0.4m (for the lowest emission scenario, in which CO₂ emissions would have to drop to net zero by 2050) and 0.8m (for the highest emissions scenario) above the 1995–2014 average. How high the seas rise this century clearly depends on how much and how quickly we manage to cut greenhouse gas emissions.

The time to act is now

There are processes at play which we still cannot fully capture in computer models, mostly because they take place over periods of time longer than we have direct (satellite-based) observations for. In Antarctica, some of these uncertain processes could greatly accelerate the loss of ice, and potentially add one metre to the projected sea level by 2100.

Whether or not this worst-case scenario plays out or not remains uncertain, but what is increasingly beyond doubt is that global mean sea level will continue to rise for centuries to come. The magnitude of this depends very much on the extent to which we are able, collectively, to reduce greenhouse gas emissions right now. 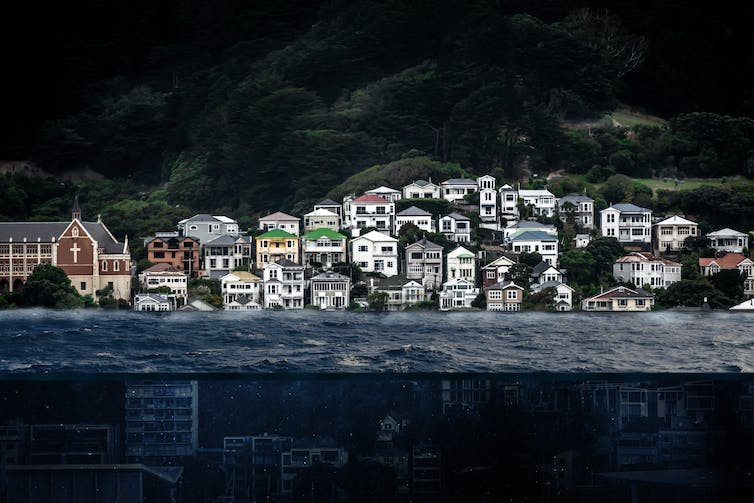 Globally, the seas will continue to rise for centuries to come. Shutterstock/JivkoM

The scientific updates in our AR6 chapter are in line with those from previous assessments. That’s encouraging, because every assessment report brings in new authors with different expertise. The fact the scientific conclusions remain consistent reflects the overwhelming agreement within the global scientific community.

For our chapter, we have assessed 1500 research papers, but across the entire AR6, over 14,000 publications were considered, with an emphasis on recent research that hasn’t been assessed in previous IPCC reports.

The report has been scrutinised carefully at every stage of its evolution, attracting nearly 80,000 individual review comments from experts all over the world. Every single comment had to be addressed by the author team, with written responses provided and any changes to the text carefully noted and tracked.

What changes with each assessment is the clarity of the trends we are observing, and the increasing urgency with which we must act. While some aspects of AR6 are new, the underlying message remains the same. The longer we wait, the more devastating the consequences.