Twenty years ago, Australian forces followed the US into Afghanistan in the wake of the September 11 attacks with a simple mission: to hunt down Osama bin Laden and the al-Qaeda leadership and remove the Taliban government that had sheltered them. That mission has ended in abject failure.

Its costs have been significant: 41 combat-related deaths, 260 wounded, more than 500 veteran suicides, thousands afflicted by post-traumatic stress disorder (PTSD) and around A$10 billion expended with precious little to show for it.

Uruzgan Province, the centre of Australian operations from July 2006 until the main Australian Defence Force troops withdrew in December 2013, fell to the Taliban in early August with scarcely a shot fired. All those years spent equipping, training and mentoring the Afghan National Army to stand up and fight for the gains made since 2001 had clearly achieved nothing.

But the failures don’t end there.

Over the past weeks, there has been a great deal of hand-wringing about the potential loss of the gains made in Afghanistan in the 20 years between the Taliban rule. Those gains were many: a generation has profited from improved access to educational opportunities, key health indicators have markedly improved, a massive influx of foreign aid has stimulated the economy, the private sector has flourished, and a free media has reported on and critiqued the emerging society’s advances and shortcomings. Women especially benefited from new freedoms and took up prominent roles in politics, the public sector and the media.

All these gains are now in peril as the newly re-installed Islamic Emirate of Afghanistan looks set to return women to obscurity and chatteldom. 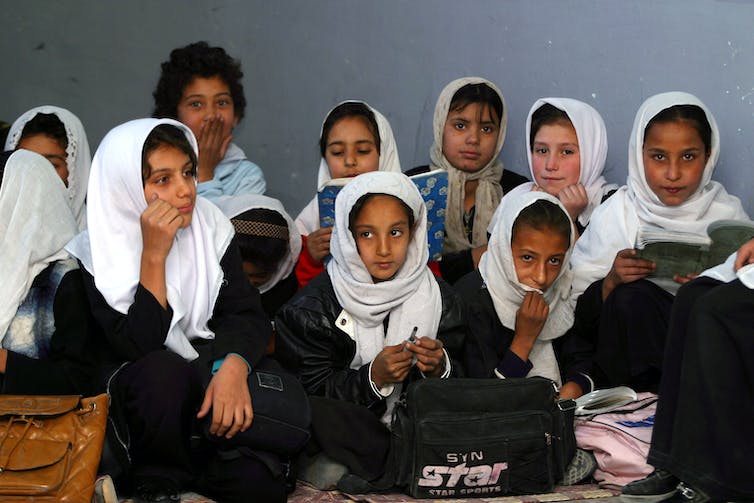 With the Taliban retaking control, the gains made by Afghan women will be lost and they will be returned to the status of chattels. AAP/AP/Vincent Thian

While this is true of life in Afghanistan’s capital and larger cities, improvements in Uruzgan were less marked and never so far-reaching. Despite the Australian government’s “perennial airbrushed optimism[1]” about the benefits brought by the ADF and its security and reconstruction efforts, the lot of Uruzganis beyond the provincial capital, Tarin Kot, changed little.

Read more: As the Taliban returns, 20 years of progress for women looks set to disappear overnight[2]

In late 2012, little more than a year before the ADF’s withdrawal, Australian journalist Jeremy Kelly was struck by[3] the disparity between the ADF’s “mission accomplished” rhetoric and what he saw when he travelled through the province. He wrote:

Australian military officials are quick to list achievements by its development arm: three times as many healthcare facilities since 2006 and a rise in the number of schools from 34 in 2006 to 205 now. They are impressive numbers, but they don’t tell the whole story. In Chora, only one of the 32 schools open actually has students attending […] The rest are “just for teachers taking a salary” […]

Meanwhile, in the western district of Deh Rawood, government and foreign officials were shocked last year when they found land surrounding three vacant schools, all built with foreign money, was being used to grow opium and cannabis.

In November 2020, an independent Afghan NGO, The Liaison Office, assessed[4] the state of Uruzgan province ten years after the withdrawal of the ADF’s erstwhile security partners, the Dutch. Despite the doubling of health facilities and workers ensuring greater availability of antenatal and postpartum care for Afghan women, access to these facilities remains fraught.

Read more: As Afghanistan falls, what does it mean for the Middle East?[5]

Taliban control of all major roads in the province and ongoing clashes with security forces restricted access to healthcare and education and stunted economic activity. Insecurity and internal displacement compounded by drought and disease severely affected agriculture with a marked increase in fallow land. Fewer schools were open in 2020 than a decade earlier. Though the Taliban had permitted the re-opening of some, they enforced a strict prohibition on girls’ education.

If Uruzganis profited little from the Australian presence, the ADF has emerged from the campaign damaged and diminished. Australian forces were bit players in the Afghan venture. Faithful followers of their US masters, they brought limited resources, exercised no control over strategy and so cannot be held responsible for the failure of the larger mission. 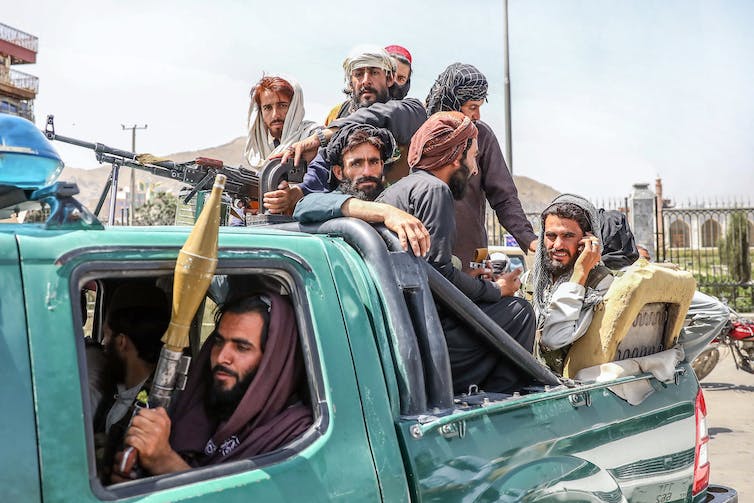 As the Taliban once again takes control in Afghanistan, the gains of the past 20 years have been lost. AAP/EPA/Stringer

In this regard, the nation’s political leaders and the ADF itself have persistently measured the military’s performance by its adherence to the mythical yardstick of ANZAC virtue. From this perspective, the success or failure of the ADF mission rested less on what they did than who they showed themselves to be.

There is no doubt many thousands of servicemen and women served honourably and did what they could to improve the lives of the Afghans they encountered. Sadly, their efforts have left few permanent marks and will be largely forgotten. Instead, Afghanistan will be remembered for the alleged atrocities detailed in the Brereton Report[6].

Read more: Why Australian commanders need to be held responsible for alleged war crimes in Afghanistan[7]

Afghanistan’s reputation as the graveyard of empires rests less on the prowess of its forces than the country’s capacity to expose the failings inherent in the armies that come to campaign there. This includes the dysfunctional leadership and supply of the Soviet military, and the hubris of the US’s faith in the force of arms.

Lazy platitudes about Australian moral and military exceptionalism were put to the test in Afghanistan, and found wanting. To retrieve something positive from this 20-year debacle it is vital the ADF owns up to its failures in Afghanistan. Only then can it hope to recover its ethical balance and rebuild its moral authority.

Kevin Foster’s book, Anti-Social Media: Conventional Militaries in the Digital Battlespace, will be released by Melbourne University Press on August 31.