Australian households will begin receiving instructions on how to fill out the 2021 census from early August.

The Census of Population and Housing is held every five years in Australia — and counts every person and household in Australia. But this is the first time[1] the count will be held during a global pandemic amid lockdowns[2] and rising health and economic impacts of COVID-19.

Census data are crucial to what we know about Australia[3]: who lives here, and how and where people live. Data from census informs vital services and infrastructure including, education, healthcare, transport, and welfare.

August 10 is the official census date, but things will be done a little differently in 2021. This year, Australia’s 10 million households[4] will receive census login information or hard copy forms in the mail from next week.

The Australian Bureau of Statistics is encouraging people to complete the census as soon as they receive their instructions, if they know where they’ll be on August 10. In previous years you had to fill in your form on census night.

Australia’s last census was associated with great controversy stemming from the “digital-first[5]” strategy (where the majority of Australians would do the census online for the first time) and bureau plans to keep names and addresses[6] for up to four years, to boost anonymous links with other data.

This was accompanied by federal politicians saying they would refuse[7] to put their names on the census, citing privacy concerns, and a campaign to deface[8] census forms. 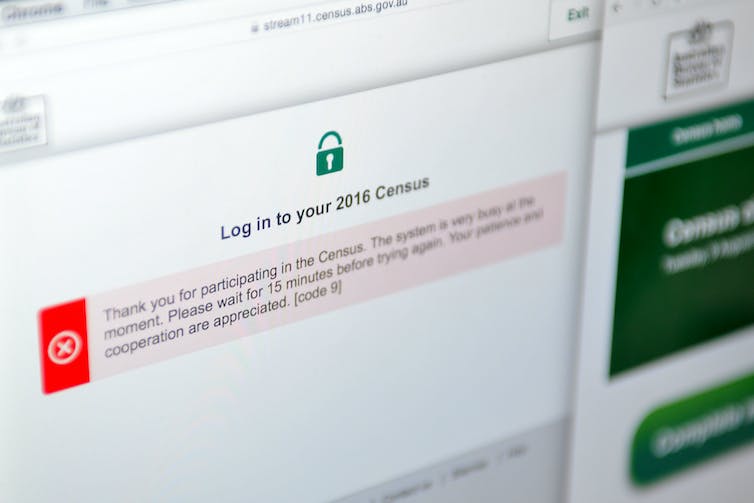 The #censusfail in 2016 was a huge embarrassment for the federal government. Joel Carrett/AAP

While data quality was not[10] compromised, it was nevertheless a huge embarrassment for the bureau and the Turnbull government.

Lessons have since been learned[11] and these are seen in preparations for Census 2021.

The new window to complete the census, rather than a one-night burst, will help ease online bottlenecks and external threats. It will also reduce pressure on the many Australians in lockdown, juggling paid work and home schooling. 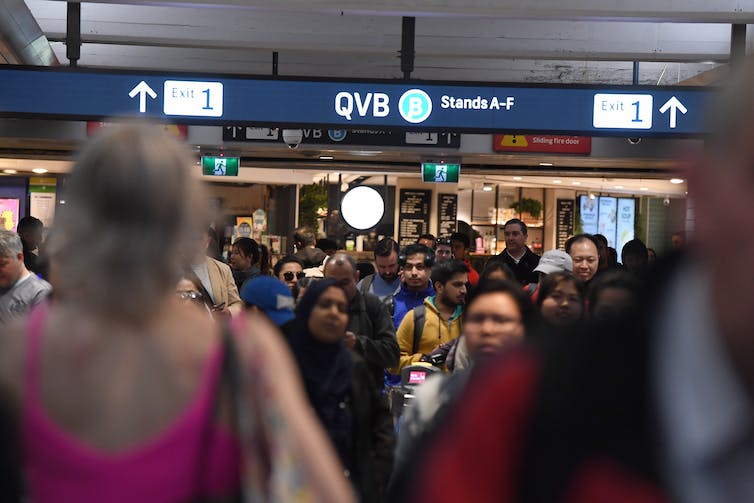 The 2021 Census will collect information about more than 25 million Australians. Peter Rae/AAP

Neighbourhoods won’t be graced by an army of census workers, this time, either. The bureau is expecting the overwhelming majority[12] of people to complete the census online, with reminders sent out by mail.

So the digital-first strategy that caused such a stir in 2016 was an important trial run for the contactless conditions necessary during a pandemic. Some other countries[13] have postponed[14] their national census programs (like Scotland) and even risked COVID-19 exposure[15] by going ahead regardless (like Indonesia). But Australia’s preparations will enable a vital undertaking to continue safely.

According to the bureau, this year will include the “first significant changes to the information collected in the census since 2006”. (Funding cuts[16] since the 2001 have previously prohibited questionnaire refreshes.)

Read more: Census 2016 reveals Australia is becoming much more diverse – but can we trust the data?[17]

2021 will see new questions about long-term health conditions and defence force service. Sex beyond the binary of male/female will be also collected for the first time for all. These new additions to census have been made possible by the removal of the household internet connection question.

Improvements have also been made to better capture language and ancestry of First Nations Australians.

Census questions still have some way to go to better reflect contemporary Australia. But any changes to the census need to be understood by all.

Sexual orientation and gender identity[18], living in more than one place[19], and ethnicity[20] are among improvements identified by demographers and social researchers for Census 2026, for example.

The census has the power to say much about a nation and how populations are changing. While there will be no specific questions on COVID-19, the data will provide valuable insights into the impacts of the coronavirus on Australians. With the 2016 data now five years old, more up-to-date information is needed to make plans for the future.

With so many people in Australia in lockdown, the census will gauge the economic and social impacts of COVID-19 in a way no other data undertaking has been able to achieve yet. Individuals, communities and economic activities affected by COVID-19 will be reflected.

Census 2021 is no ordinary population survey – it will lay the foundation for Australia’s post-pandemic future by informing the nation’s social and economic recovery, including measuring the success of the vaccination rollout through improved population data. It’s more important than ever that we get this census right.

Results from Census 2021 will become available from June next year[21].

The future of the census

A number of countries, such as The Netherlands[22], have moved away from traditional census taking. Instead opting for data compilation performed using routine government data collected through administrative interactions. Like Medicare and Centrelink data being compiled by government for your census submission[23].

The Australian Statistician David Gruen, has foreshadowed such a possibility[24] for Australia. The United Kingdom[25] is also thinking about it. This approach is a concern as it excludes individuals and communities from a vital participatory undertaking, and the data quality suffers as people can no longer self-report information.

Read more: In a world awash with data, is the census still relevant?[26]

In its current form, census data is accessible, and contributed to, by all. Australia’s census data enable everyone from researchers, to policymakers, to ordinary individuals the power to hold government to account[27]. It belongs to all of us.